An award-winning writer, director and producer based in East London. 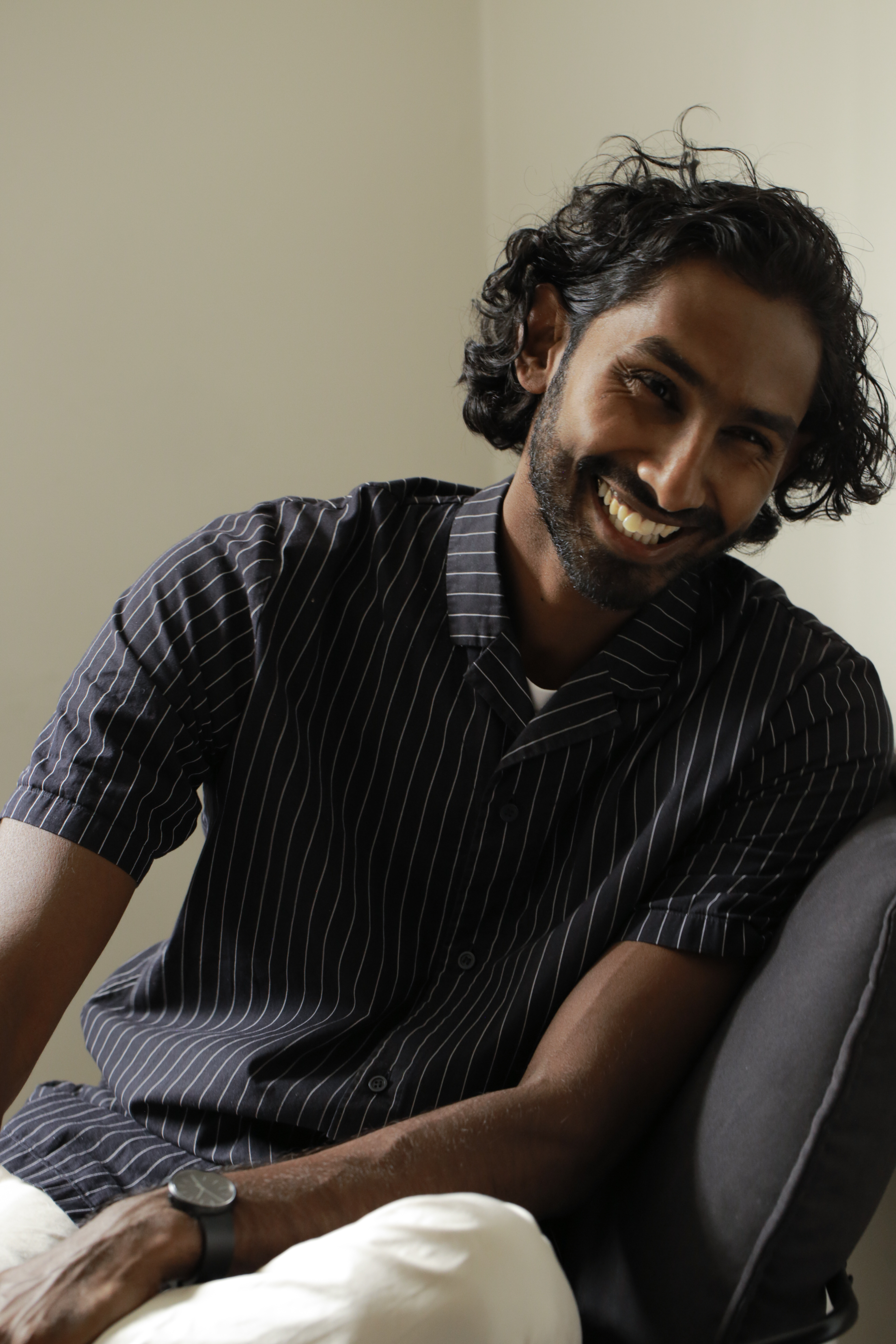 “As the son of Malaysian-Indian immigrants, raised in one of London’s most diverse boroughs, I was constantly exposed to a wide variety of cultures. That still shapes the way I navigate the world.”

After graduating with a degree in film & media and cultural studies from Kingston University, Aaron’s first experience combining fashion and digital content was when he founded the highly successful and pioneering men’s style blog INDIVIDUALISM. As the site’s popularity grew, he was hired by MR PORTER in its launch year to helm the site’s first film department. During his four years there, Aaron masterminded video content for the brand’s social media, editorial and marketing channels, helping to establish it as one of the world’s leading creators of men’s fashion film.

Keen to explore new projects, he left this role in 2014 to found AC Studios, a London-based moving image content studio focused on fashion, design and culture. To date, his clients include Burberry, Armani, Levi’s, Uber, Amazon, Aston Martin and Adidas.

“My work focuses on the connection between what’s happening in culture, fashion and the design world. I want to champion and celebrate people whose stories don’t usually get heard.”

Aaron is the founder of THE ASIAN MAN, a digital community that celebrates stylish South Asian men, and is a co-host of WHAT IS THIS BEHAVIOUR, an award-winning podcast that highlights South Asians breaking cultural stereotypes.

He has written, directed and produced a number of award-winning original short films, such as THE INTERNSHIP (2019) about race, class and privilege within the publishing industry. THE LIFE OF PITTI PEACOCKS (2017), a satirical look at the style on show at the bi-annaul menswear trade fair in Florence and LONDON LOCKS a short documentary around hair culture.

If you'd like to get in touch, you can find me on the links below. Or if you're interested in my film work please visit AC STUDIOS